Over 20 Years Experience in Great Food

Columbia Restaurants is an experienced company which began its journey in 1998, following its establishment as the restaurant division under Schoeller Holdings. It has since developed to become a leading company in its own right within the catering industry of Cyprus.

Since 1998, Columbia Restaurants has had the exclusive franchise rights to operate PizzaExpress, an international restaurant chain with over 500 restaurants across the UK and around the world, whilst adding to its portfolio in 2001, the Marzano concept in Cyprus.

Columbia Restaurants are also responsible for Columbia Plaza, one of the largest and most reputable multipurpose centres, unique to the island of Cyprus. Columbia Plaza offers state-of the- art entertainment, dining, business venues and townhouses right in the centre of Limassol’s old town.

Since opening its doors to eager crowds in November 2008, it has filled an important niche in the Cypriot market offering an array of dining and event venues in one easily accessible location. These include the award-winning Columbia Steak House, the self-service concept restaurant La Boca, the popular 7 Seas bar and club as well as the prestigious multi-functional Venue Centre that hosts special occasion parties such as weddings as well as being a certified training centre for seminars and conferences.

The latest concept created by Columbia Restaurants opened in 2019. Pokeloha was the first poke bar, introducing Hawaiian sushi bowls to the island, for the first time ever, thereafter setting an industry trend.

Each with their unique style

Around the island of Cyprus

And growing every day

Columbia Restaurants are also responsible for the Columbia Plaza, one of the largest and most reputable multipurpose centres, unique to the island of Cyprus. Columbia Plaza offers state-of-the-art entertainment, dining, business venues and town houses right in the centre of Limassol’s old town. Recent changes at the Columbia Plaza include the addition of Pokéloha and the Columbia Confectionery. 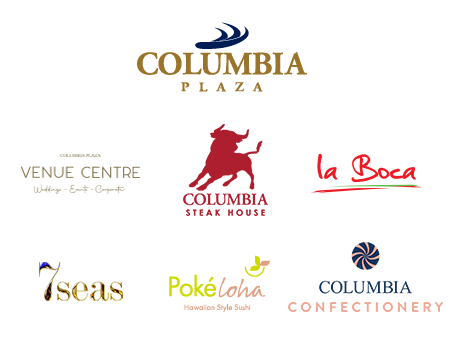 Looking for a wedding, christening or party venue? For the most precious private party that is sure to impress your guests you can always rely on the Columbia Venue Centre. We offer a choice of catering packages that have been specially designed to provide you with the highest quality and greatest selection that will wow your guests. Situated at the Columbia Plaza in the centre of Limassol’s Old Town, it is a venue with the full package.

A milestone in the company’s history came with the development of the Centralised Kitchen, warehouse facilities and corporate offices. Through the central kitchen and warehousing facilities the company has the capabilities to supply not only its own restaurant venues but also others within all cities of Cyprus. The central kitchen also provides outside catering for events as well as working closely with the Columbia Hotels. 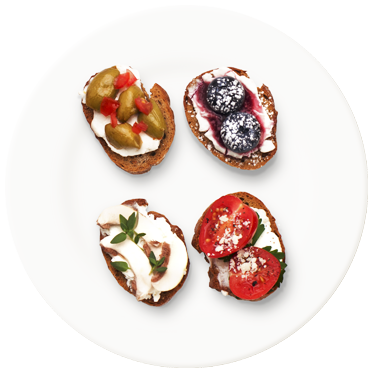 2017 saw the opening of Columbia Beach, a seafront project consisting of an International restaurant, bar, pool area, grass area and public beach. A truly unique project that has changed the face of Limassol’s seafront, Columbia Beach is open 365 days a year, through summer and winter, and caters to all age groups.